Just a picture was enough to trigger the desire to enter into the  Sosneado Valley, which lies at the foot of the Andes. In the province of Mendoza, Argentina.

A thermal swimming pool open to the sky situated on the hill of a mountain. A pool that belong to the ruins of an abandoned hotel that struggle with the time to remain standing. A hotel located in a unique place, place that keeps many personal stories like the one lived by the passengers of Flight 571 of the Uruguayan Air Force, which crash on the Andes on October 13th, 1972, just a few kilometers from the hotel.

We have all seen the movie based on this event, ALIVE

Within only 2 days walking and with the help of a horse to cross a river, you can get to the place where the passengers of the aircraft survived for months, eating the only thing they had; human meat. Here, every year people come to pay tribute to the victims and to the 16 survivors who crossed the Andes on foot struggling to survive. If they had walked toward the East, instead of going toward Chile, they would have got to El Sosneado in only 2 or 3 days.

In the valley you can see houses inhabited only for a few months in the year, when the cattle are brought to graze on these lands. If you approach to one of them you can negotiate the hiring of a horse for several days to get to the place where the plane crashed. A person will guide you all the way during the 4 days that the trip takes.

The hotel also hides stories that are known by many in the area; Juan Domingo Perón, who was once president of Argentina and had a beautiful friendship and sympathy for the Nazis, hid, protected and gather (after his return from Europe to Mendoza in 1940) with several characters very close to Hitler, like his representative in South America, Ludwig Freude. 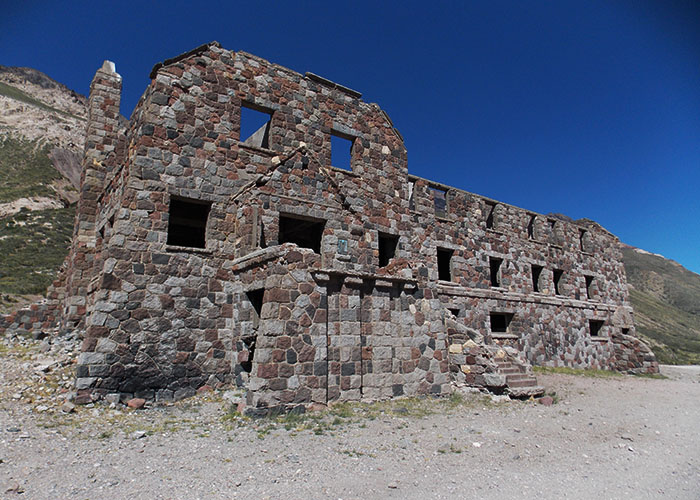 Many people told us that we wouldn`t be able to drive with our van the 65 kilometers of rubble, mud, streams and rivers that lied between us and the hotel, but our traveling companion is not just a van, she is La Furiosa.

We drove 3.20h along the banks of the Atuel River, watching as the mountains rose on both sides of the path and narrowed the valley as we approached to the Andes.

After 65 kilometers we melt with the surroundings and become part of a beautiful postcard.

The pools are like an altar in the middle of a paradise full of life, a paradise where a PUMA gave us a few minutes of his presence. Nature is unique.

This is a magical place where the night covers you with stars! 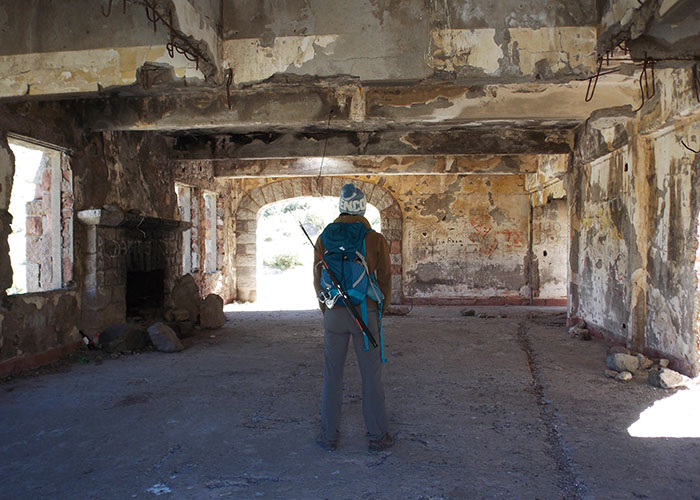 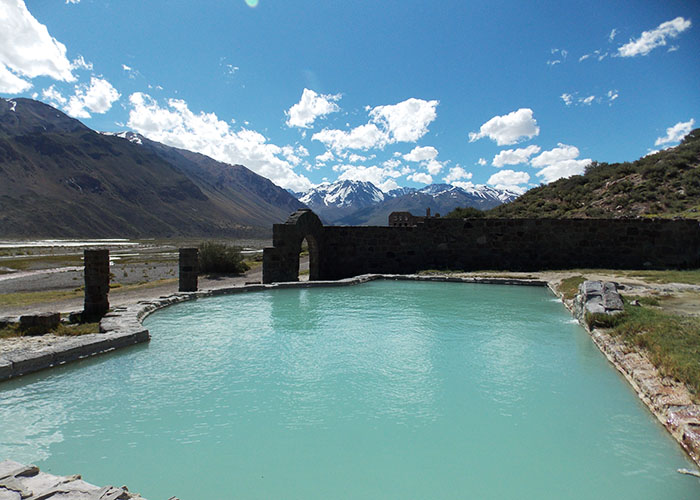 Have you been there? Would you like to go?